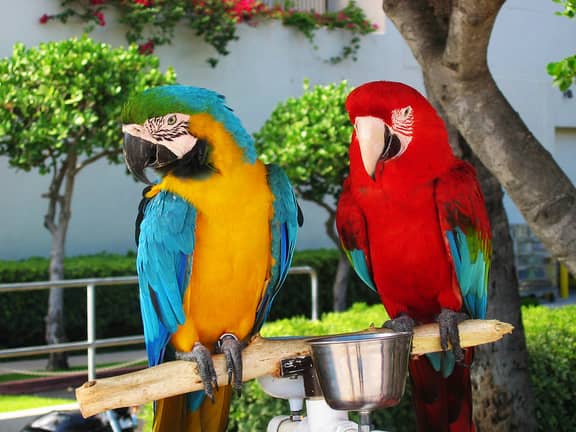 Parrots are exemplary bird species with a magnificent outlook that can allure any human being. No wonder parrots are the most loved Pet Birds. They are broad order species which has over 360 types of parrots. Lorikeets, Lovebirds, Cockatoo, Cokateils are a few among several other parrots. We can classify parrots into 4 types based on the size of small, medium, large, and extra-large. The size of the parrot ranges from 8 to 100 centimeters. The Smallest parrot species is a Buff-faced pygmy parrot with an average size of 8 cm while the Largest Parrot species is a Hyacinth macaw parrot that can be sized up to 100 cm.