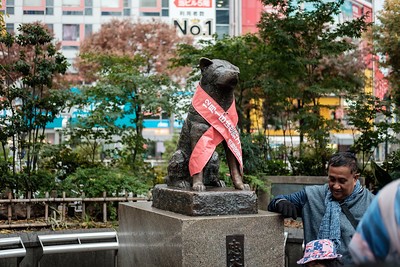 These lovable beings have been by our side for so long, and they have proven how smart, loyal, and even exceptionally talented they can be, in various fields.

These are some of the famous dogs that have made history, whether it’s because of their owners and their dedication, loyalty, heroic deeds, and merit to humanity. Remember, these are real dogs, not fictional characters from movies and series, though many of them have been honored in such manne

15 Most Famous Dogs of all Time

Rin Tin Tin is a German shepherd rescued from the French battlefield by US soldier Lee Duncan. Upon his return to America, Lee took over the care of the dog and provided him with roles in several silent films. Rin Tin Tin’s most famous role was in the movie which gained enormous fame and saved Warner Bros. from bankruptcy. Rin Tin Tin has starred in as many as 27 films.

Sinbad is a mongrel that served 11 years on the Coast Guard of America. He also participated in World War II. The dog was a gift from a lieutenant to his girlfriend, but in the women’s department dogs were banned, so Sinbad remained on the men’s team. He entered the service by officially signing his paw to the watch list, and was honored with numerous medals for bravery during the service.

Lex is the first military dog to go into early retirement to be adopted. While working in Iraq Lex suffered grievous injuries in the attack that killed his guide. Despite his injuries (50 shrapnel in his body), Lex refused to separate himself from his boss and had to be forcibly removed from him to survive. Lex was adopted and continued to work as a therapy dog for war veterans. He is decorated with a purple heart, the oldest U.S. military medal.

Hachiko, a Japanese Akita, was Professor Ueno’s dog who worked at the University of Tokyo and lived in Odate. At the end of each business day, Hachi met with his owner at the Shibuya station. One day, the professor did not return home from work – he died of cerebral hemorrhage. For the next nine years, Akita returned to Shibuya Station every day in the hope that his owner would return home from work. He also died at the station where he faithfully awaited Ueno.

Laika was a Moscow stray who was trained with two other dogs for a space mission in 1957. When Sputnik 2 took off, Laika was the first animal to leave orbit. Since there was no technology back then that could return Sputnik 2 to Earth, Laika did not survive this mission. Although Soviet officials said Laika died on the sixth day of the mission, media later revealed that she died only hours after takeoff due to overheating of the aircraft. In 2008, the Russians erected a small monument near her place of training in her honor.

6. The Space dogs, Belka and Strelka

Belka and Strelka were more fortunate famous dogs and were remembered as the first animals to survive orbital flight. They spent one day in space in 1960 on Sputnik 5 before returning safely to Earth. Fifty years later, the Russian animated film “Belka and Strelka, Star Dogs” was filmed. These three heroines are not the only dogs that flew from the Soviet Union into space, but they are certainly the most famous and significant.

Scott Roosevelt’s Scottish terrier, Fala, traveled frequently with the president and was popular with the media. She even had her statue in Washington. During the 1944 campaign, Roosevelt had a famous “Fala Speech” in which he tried to put an end to accusations that all tax money was being spent on Fala. Roosevelt stressed that he was used to listening to things about himself but did not allow anyone to accuse his dog.

Bobby, the Wonder Dog, became famous for traveling 4105 miles to get home. This dog lived in the 1920s in the US. While on a family trip, Bobby got lost. After a long search, the family returned home mourning for their dog, which surprised them six months later when they saw him on the doorstep. After this event, he deservedly gained great fame and received hundreds of letters from fans. This dog even starred in the movie Call of the West.

Bob, a railroad dog traveled by the South Australian Railway towards the end of the nineteenth century. When he was very young, Bob liked the railroad workers he joined when he escaped from his owner. This cute dog has traveled thousands of miles in a locomotive, and a song has been written about him.

Uggie, the male Jack Russell, is a movie star. He has starred in the films Water for Elephants and The Artist, and has even been nominated for an Oscar for the latter. He received the Palm Dog Award at the Cannes Festival.

11. The Antarctic dogs, Taro and Jiro

Taro and Jiro are Japanese national heroes. The two twin famous dogs were part of a team of 15 dogs that took part in the Japanese Antarctic expedition in 1957. When a major storm hit the area, the researchers were rescued by helicopters, but the dogs unfortunately had to stay. A year later, members of another expedition found a pile of dead dogs in Antarctica, but two were still alive.

They lived for a year in incredibly difficult conditions, but the remains of dead dogs proved that Taro and Jiro had respect for them and did not eat their meat. It is assumed that they learned to hunt penguins and that they managed to survive like that. Jiro lived very shortly after returning to Japan and Taro lived for another 10 years. Their bodies were embalmed after death and are stored in two different Japanese museums. There are also two films about these brave twins.

Mkombozi is a female dog from Nigeria who saved the life of an abandoned baby in 2005. While looking for food, she came across a baby left by the wayside and then, following her mother’s instinct, took the baby to her puppies. The baby’s cry was heard by the boys whose mother later adopted her.

One of the most intelligent and famous dogs in the world is Betsy, who was born in 2002 and lives in Vienna. She became a famous dog when her owner reported her abilities to the journal National Geography, which sought intelligent animals to study. Her vocabulary has been found to contain about 340 words, a large number even for primates. This amazing dog is believed to learn words in a similar way to children, or even faster. She can recognize objects from photos and knows the names of fifteen people.

Greyfriars Bobby is a famous nineteenth-century terrier who lived in Edinburgh and spent 14 years at his owner’s grave until his death. The story of this dog has become a kind of legend that has different versions, and several books have been written and multiple films made, while its statues near the cemetery have become a tourist attraction. According to the most famous version of the story, Bobby belonged to Officer John Gray.

One charming Dogue de Bordeaux named Beasley is famous for having perfectly played her role as the dog Hooch in the movie with Tom Hanks. In the comedy Turner & Hooch, Tom plays Detective Scott Turner, who finds a loyal friend and a crucial colleague in this dog.

It is important to note that this list of famous dogs is in no particular order because it would be against everything we believe in to pit these lovely beings against each other by ranking them in any way, as they are all unique and amazing in their own way.