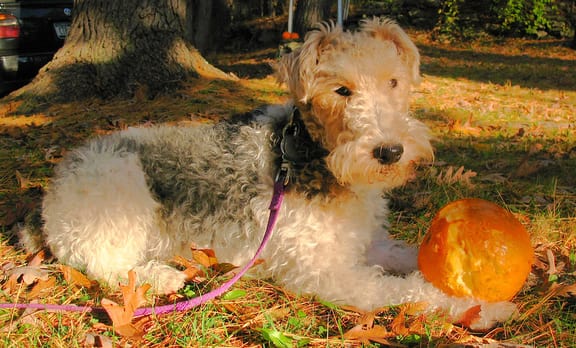 The wire haired terrier is one of the types of terrier breeds. It is also known as the Wirehaired fox terrier. Let’s dig in to know more interesting things about this unique breed.

Wire haired terriers are developed from black and tan working terriers which are extinct now. It is also believed to have developed to deter foxes into bushes. The Fanciers of Wirehaired terrier often boasts of several unique specialties about this breed. It is believed that Queen Victoria and also her son King Edward VII owned one wirehaired terrier during their reign.

The wired haired terriers have a strong and well-balanced physique. Male wire haired fox terriers averagely weigh between 7 to 8.5 kg and females weigh between 6 to 7.7 kg. They grow up to 15 inches in height. The coat is predominantly white with brown markings in face and ear and may also have few hints of black and brown colors on the body. The coat is not smooth as it looks but its very sturdy and unique.

How will be their behavior?

Wire haired fox terriers are the type of dogs that can easily bored. They expect constant attention or a task to keep them engaged. Initially, they were bred to hunt foxes, so it is totally normal for the breed to posses aggressive instincts. They may fight with other pets in the house or can even disobey commands. If their bundles of energy are channelized in other ways such as exercise, training, they can be one great life companion.

How is wire haired terrier to keep as pets?

They are very energetic dogs that need a lot of activity to keep boredom away from them. If you rather a busy person who can’t spend much time with dogs, it better to avoid this breed. They are always alert and fearless, naturally possessing hunting instincts so it would be a common sight to seem them chase after animals and vehicles. They should well trained and socialized to other animals and people to avoid instances of fighting that can even fatal damages. Otherwise, they are extremely loyal, brave, and lovable pets who devoted to protect and love their peeps.